When it comes to sex, is there such a thing as normal? The second part of this four-part series examines how often couples have sex. Read on to find out if you're having more or less sex than everyone else and what it means for your relationship.

Am I Normal? Part 2: How Often Are People REALLY Having Sex?

A consensus on a true average is frankly impossible; there are literally billions of potentially sexual active people in the world, participant surveys are notoriously unreliable, and a plethora of factors impact the frequency of everyone’s sexual experiences. That said, most of the most widely studied group, mixed-sex couples in committed relationships, claim to have sex 1 to 2 times a month.

How long does a “normal” sexual coupling last?

Just like with frequency, there’s a large variation in the time spent having sex; between 7 and 12 minutes of ‘traditional’ inter-vaginal sex, plus another 12 minutes or so of foreplay for a total of 19-24 minutes is broadly accepted as the current, mixed-sex average. Data on same-sex couples is sparse by comparison, but a notable fact has emerged - although female same-sex couples tend to have sex less frequently than “the norm”, they do it for a lot longer, spending an average of 40 minutes on each sexual event.

One commonality is that when asked, nearly everyone expresses a desire to have sex more often and spend more time doing it than their status quo. Will having more sex increase your overall satisfaction? Nope. Notwithstanding the fact that women tend to command more time both to become aroused as well as to orgasm, sexual duration reportedly doesn’t increase sexual gratification. Frequency, however, does.

So, how often SHOULD people be having sex? According to a recent study published in Science Daily from the University of Toronto-Mississauga, to be happy together, couples should have sex once a week. The results of this study were the same for men and women, young and old, and for long and short-term relationships. If the sex happens less often than weekly, happiness declines. However, despite the stubbornly staying ‘axiom’ that more sex will increase satisfaction, these researchers found that doing it more often than once a week doesn’t make us any happier. In fact, when we have sex more often, both our desire to have sex as well as our overall enjoyment of sex tends to wane – yearning for and the tingling of the anticipation of sexual activity are in and of themselves highly rewarding.

Then why do we long for more sex? And if everyone truly wants to screw longer and more often, well, why don’t they?

The normal desire for “more” can be driven by fantastical expectations fed by societal pressure. We strive to be more, do more, and have more, clinging to an invention of idyllic achievements. Also, when we enjoy doing something we long for it to continue – for sustained euphoria. Avoid the perpetual disappointment from which so many couples suffer by being realistic about your expectations, sexual and otherwise. Desire often overestimates appetite, and passion is more steadfast than drive.

What makes us have sex?

Humans are biologically programmed to have sex – not just to procreate, but to get it on regularly. While the exploration and free expression of sexual desire is still not universally encouraged or embraced, there’s a consensus that our biological sex drive, commonly called élan vital or libido, is instinctual and natural. 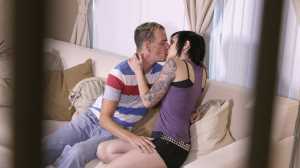 The impulses that motivate our desires often belie reason, and our behavior is influenced by reactions below the conscious level, reactions tied to all aspects of our nature. Some philosophies, like those rooted in Tantra and Taoism, believe that great sex promotes spiritual transformation and ultimately, enlightenment. Carl Jung used the concept of libido loosely, saying it encompassed all the psychic energy used to strive for personal growth and development -- spiritually, intellectually, and creatively. Jung believed that the libido motivated a range of behaviors, for example, inspiring an individual to reduce conflict as well as to seek pleasure.

Sigmund Freud, not one to advocate the spiritual benefits of sexual energy, instructed society to monitor and control the “vile, destructive nature” of sexual desire. He believed the libido to be a source of psychic energy specific to sexual gratification, derived from an individual’s primitive, unconscious-driven, potentially dangerous, and morally bankrupt id.

Today we recognize that sexual activity promotes wellness, with benefits ranging from stress and pain relief to heart health and restfulness. Some studies hypothesize that sex boosts our immunity. Other studies show sex prevents prostate cancer for sexually active men. Sex is exercise.

And biology takes over when love happens. We’re hormonally complicated, and sexual response, both physical and emotional, is highly dependent on levels and interaction. Having sex boosts testosterone in men and women, which in addition to impacting muscle strength and energy levels, sustains our sex drive. When the hormone oxytocin interacts with estrogen, for example, that’s when a woman’s connection to her lover is its most intense. Desire elevates hormonal levels in everyone, and when flowing through a pleasure-ridden body, “feel good” oxytocin can make for a more powerful orgasm. And upon climaxing, another burst of oxytocin surges into the bloodstream, boosting feelings of intimacy as we cuddle, nuzzle, and spoon while basking in the afterglow of satisfying sex.

Anticipating, imagining, and having sex also stimulate the production of additional “happiness components” -- endorphins, serotonin, and dopamine. Endorphins alleviate anxiety and stress. Serotonin flows when we feel powerful and confident. And anything new causes the brain to release dopamine, a motivational molecule that’s both a stimulating neurotransmitter and a hormone. This forerunner of adrenaline and close companion to the brain’s pleasure and reward system lets our passion loose when we listen to the latest music, take the scenic route, are given an unexpected gift, or embark on a sexual expedition.

What makes us not want to have sex?

Spiritual transformation and enlightenment are pretty darn inspiring reasons for us to strive to have as much great sex as possible. But what if you’re just not into it? Is this normal?

As we learned in Part 1 of this series, desire is dynamic, surprising, and fickle. Discovering an unanticipated turn-off is just as jarring as a novel turn-on. Just as it’s perfectly normal to desire having different experiences, it’s certainly natural for our individual sexual energies to ebb and flow. Factors that fiddle with frequency of sex include physical and psychological impediments, personal history, lifestyle, and religious, cultural, and societal influences. Frequency will decline as a relationship ages (though quality tends to improve) and as we age (though Millennials are reportedly less sexually active than Gen Xers and Boomers were at their age, commonly attributed to a culture of overwork and an obsession with career status, anxieties over “catching feelings”, pointedly avoiding the consuming emotional state of delirious infatuation, and libido-busting antidepressants. Millennials do, however, find it easier to discuss bedroom problems than the typically more tight-lipped Boomers).

Mismatched sex drives are normal. Just like with all facets of a relationship, the solution is to promote connectedness -- be attentive and flexible, and negotiate and compromise without imposing pressure.

Beyond communication, key to overcoming the physical and psychological reasons that limit sexual activity and gratification is education. Become and continue to be informed. For example, we’re only recently becoming “cliterate”, with the majority still far from understanding the anatomy and pleasure potential of the clitoris. And did you know that the average man has up to a dozen full and partial erections daily? Or that as many as 50% of women are unable to achieve orgasm through vaginal penetration, and that 10-20% never climax? Broaden your knowledge of sex and sexuality to enhance your intimate relationships, and to empower yourself by deepening your understanding of your own unique nature.

Can we be happy together if we’re not having sex once a week?

Sex is and should not the only way to express passion, desire and love. However, it’s important to determine why you don’t, won’t, or cannot have sex, both for your sake and your partner’s. A sexless relationship in which the sex happens less than 10 times per year becomes particularly vulnerable to insecurity, resentment, infidelity, and ultimately, uncoupling.

Sex should not be a duty, a privilege, or an obsession. Sex is a skill to be honed and nurtured, and should be deemed a priority. Even with its ups and down, sex intensifies our lives. And bottom line, having sex makes us happy. It’s said, happier than wealth.

As difficult as it may be, refrain from comparing your sex life or your relationship with others as it’s far from an apples to apples assessment. And as far as frequency, there isn't really a normal number — some rarely have sex and are genuinely happy, others have sex all the time yet a black cloud lingers over them. The satisfaction you derive from a sexual encounter varies each and every time. It’s your unique sensual potential, after all. Standard norms need not apply.

Click Here to Read Part 1: Desire in the Sssh.com/Adam & Eve "Am I Normal" series.

Coming up next in the Sssh.com/Adam & Eve “Am I Normal” series:

Part 3: “My body responded like this,… is that normal? Physiology, erogenous zones, and finding your pleasure center.”
Part 4: “Taboo, but I like it! Am I normal? Stretching society’s notions.” 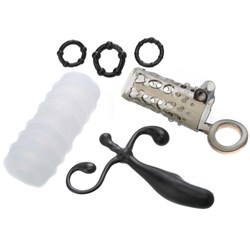 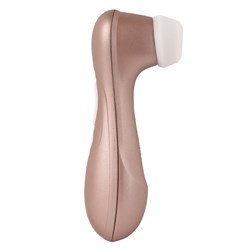 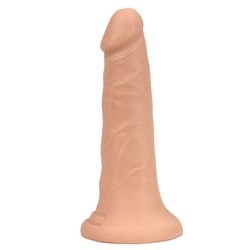 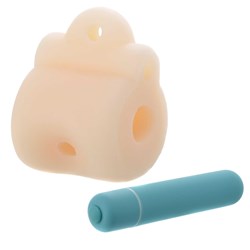